Who Is Diana Riggs Daughter: RACHAEL Stirling was previously solely known as the daughter of the late Bond girl Dame Diana Rigg, and that was the extent of her fame.

Her television career, on the other hand, has blossomed since then, and she is currently appearing in ITV’s newest four-part drama series, Hollington Drive. Rachael was born on May 30, 1977, in London, making her 44 years old at the time of this writing.

It has been revealed that she is the daughter of the late Bond Girl Dame Diana Rigg and theatrical producer Archibald Stirling, who is also known as the Laird of the Keir Estate, which is located in the Scottish city of Stirling.

Rachael is married to Guy Garvey, a musician, and vocalist for the band Elbow, with whom she has a baby named Jack, who was born in April 2017.

Her parents are actress Diana Rigg and theatrical producer Archibald Stirling. Stirling was born in St Marylebone, London, England, and grew up in the United Kingdom.

Her parents were married in 1982 and divorced in 1990, while she was a child. She descends from a long line of ancestors who originated in the Scottish parish of Lecropt, which is located near the city that bears her name, Stirling.

Stirling went at Wycombe Abbey School, which is located in the town of Wycombe. She received a BA in art history from the University of Edinburgh, where she also acted with the Edinburgh University Theatre Company throughout her undergraduate studies.

As Desdemona in the National Youth Theatre’s staging of Othello at the Arts Theatre in 1996, Stirling made her professional theatrical debut, co-starring with Chiwetel Ejiofor in the title role.

She returned to the Arts Theatre with the New York Times a year later to play Olive in the female version of The Odd Couple; and in 1998, she performed as Kate in Dancing at Lughnasa for the New York Times at the Arts, giving what The Stage described as “a performance of exceptional promise and authority.”

Her subsequent roles included Dusty Hughes’ Helpless (Donmar Warehouse, 2000), A Woman of No Importance (Theatre Royal Haymarket, 2003), Anna in the Tropics (Hampstead Theatre, 2004), and Tamburlaine (Bristol Old Vic and Barbican, 2005), and she followed in her mother’s footsteps as Lionheart’s daughter in the National Theatre stage version of Theatre of Blood (2005).

While performing with the Peter Hall Company at the Theatre Royal, Bath in 2006, she appeared in Peter Gill’s staging of Look Back in Anger. In 2007, she appeared as Yelena in David Mamet’s Uncle Vanya and as Katharina in The Taming of the Shrew at Wilton’s Music Hall in London, respectively.

Who Is Diana Riggs Daughter 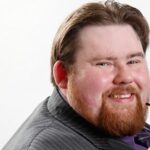