Storm Huntley Son: Huntley was given her first name as a result of her mother reading a novel in which the main character had the same name (A Sparrow Falls by Wilbur Smith) and an electrical storm that occurred outdoors on the day she was born. For a long period of time, her grandma refused to use this given name.

She suffered lifelong scarring to her arm, shoulder, and neck as a result of an accident involving a boiling pan of water when she was a kid; she dresses in a way that conceals the scars.

She was raised in Bishopbriggs, a northern suburb of Glasgow, where she attended Bishopbriggs High School before graduating with a degree in politics and economics from the University of Glasgow in 2008.

During her time at the university station, she became active in Subcity Radio as well as hospital radio. She also spent time in London working for a small community radio firm (OnFM) and earning a postgraduate diploma in broadcast journalism from the London College of Communications.

Storm Huntley, the presenter on Jeremy Vine, has revealed some photos from her “dream” wedding to LaFontaine’s singer Kerr Okan, who she met on the show.

Following their engagement last year, the Scottish television personality sealed the knot with her musical partner on Thursday.

The happy pair exchanged vows in a breathtaking ceremony on the banks of Loch Lomond in Scotland, with the Channel 5 star describing the occasion as “the best dream I’ve ever had.” The ceremony was broadcast live on Channel 5.

In order to offer her online admirers a preview of her nuptials and accompanying celebrations, the 34-year-old newlywed took to social media over the weekend to share her wedding photos.

“I’m still convinced that I’m about to awaken from the most amazing dream I’ve ever had!” Storm commented on one of the photos she posted with her 52,100 Instagram followers, which she captioned.

After appearing in three series on British terrestrial television since 2015, Huntley is currently involved in three more: the seasonal CBeebies show Down on the Farm; The Wright Stuff; and its replacement, Jeremy Vine. In 2016, Down on the Farm was nominated for a BAFTA Scotland Award for Best Drama Series.

She co-hosts Channel 5’s regular live morning phone-in debate show The Wright Stuff, as well as its 2018 replacement Jeremy Vine, where she screens and introduces callers to the hosts Matthew Wright and Jeremy Vine, as well as reading out viewer feedback.

Following her recent marriage, she declared on the September 9th 2021 episode of Jeremy Vine that she would now go by the name Storm in her professional life.

Immediately after the wedding, the bride’s admirers and celebrity friends raced to give their well wishes to her and her new husband.

« Many congratulations; you are really gorgeous! In a letter to the editor, political pundit Owen Jones, who appears regularly with the newlywed star on Channel 5’s Jeremy Vine, wrote: “X”

“Omg, congratulations, wonderful,” says the narrator. The letter was written by ex-Pussycat Doll Ashley James, and media personality Lizzie Cundy expressed her delight by writing: “Huge congrats!!” “I’m overjoyed for you both.”

When Storm and Kerr tied the knot during their magnificent mid-week ceremony in Loch Lomond, they decided to throw their reception a few days later in their hometown of Glasgow. 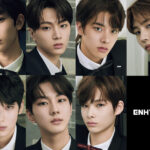