The 2-year contract with Washington Redskins, including an average annual salary of $755,000, was signed by Marcus Smith. During the 2018 Six Nations Championship, Smith was part of the Senior England training team. He was named the U20 team in England in 2018.

World Rugby Under 20 Championships in France, after the breakthrough of the 2017-2018 season. The fly-half of his first trial in his U20 jersey came off the bench in the opening game against Argentina. Subsequently, he started pool match No. 10 with Italy, half-away with South Africa, and finally with France. 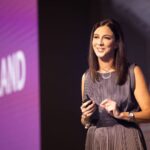